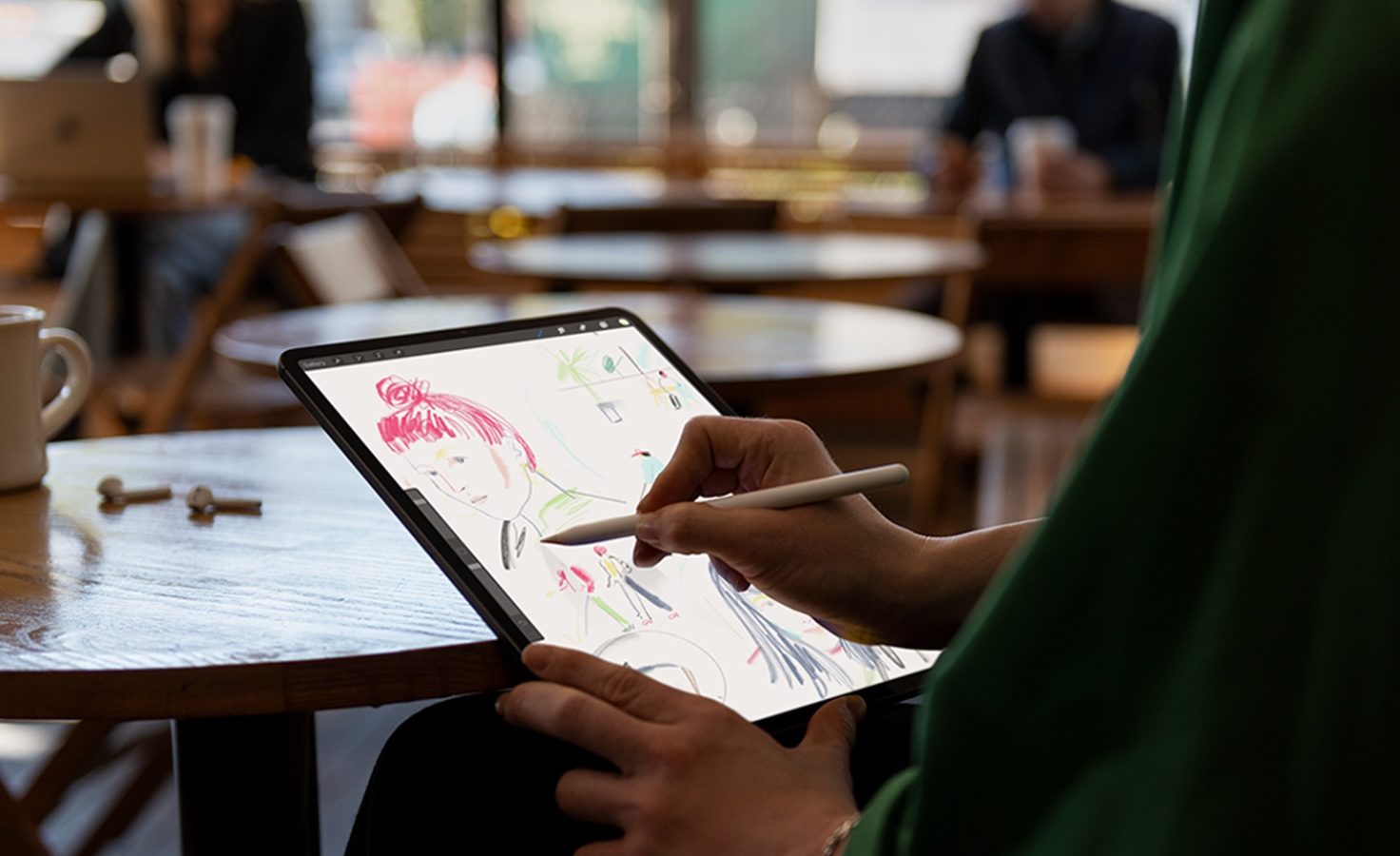 Matt Maurer
I have been a believer in the iPad from day one. When Steve Jobs unveiled the original iPad on stage in 2010, I immediately bought in to having a larger tablet device positioned somewhere between my iPhone and MacBook Pro. The original iPad of course left a lot to be desired, but the germ of the idea was there. Of course when I got my original iPad, I was mostly just a geek and graphic designer. Fast forward to now and my work has grown exponentially. In addition to graphic and web design, I now write, podcast, code and edit video and audio. And while you can pry my MacBook Pro from my cold, dead hand I have tried over the years to do more and more work from my iPad. Obviously that original iPad didn’t get me far. iWork was in its infancy and was so-so. Other apps came along like Diet Coda and many, many drawing apps. Even Adobe has a suite of mostly useless iPad Creative Cloud apps. Over the years I have upgraded to an Air 2, then an iPad Pro 9.7″. In both cases the hardware was amazing but the software was just not up to the task. It seemed like if I needed to get “real work” done, I ended up retreating to my Mac to do so. The praise for Apple’s hardware couldn’t be higher, and in the case of the Apple Pencil they definitely raised the bar. Not to stay they made no software improvements – iOS even added multitasking and some iPad focused features, including a basic file manager in Files.app (finally!). It still wasn’t enough for most pro workflows. With the release of the 2018 iPad Pros, these same problems have been magnified. The hardware is outperforming MacBook Pros, the keyboard and Pencil are awesome – but iOS 12 is holding back the hardware from it’s true potential. I do feel like 2018 was a watershed moment for the iPad though, and it comes down to three main points: 1. The 2018 iPad Pro Hardware This thing is a beast. I just recently upgraded and also got the new pencil and keyboard folio. While it weirdly makes the iPad into a mini, baby-Mac laptop, at the same time it makes the iPad feel so much more like a productivity machine. Combine the full screen display with the refined, wireless pencil charger and landscape Face ID (which I feel works better here than on the iPhone) and you have a nice computer. Did I mention the processor is faster than some Macs? The hardware has reached a point where it’s stupidly overpowered. 2. Developers give a damn I noticed this trend for most of 2018 actually – developers for iPad actually started giving a damn. Adobe has made these toy versions of Creative Cloud apps on the iPad for years, and they are frankly junk. Serif came along with full featured iPad versions of their award winning Affinity Photo and Affinity Designer apps and blew away expectations for what pro apps on the iPad could be. Weirdly enough, Adobe is now promising (and demoing) real Photoshop on the iPad for 2019. Imagine that! Rounding things out, standout apps like PDF Expert and ProCreate have been game changers for my iPad usage. I recently bought Pythonista (a full fledged Python IDE) and I’ve heard great things about LumaFusion (multitrack video editor) and Ferrite Recording Studio (podcast editing). There are countless others too. The market for pro-level iPad apps is growing and that’s an awesome sign. The next step will be to see what developers do next. Adobe is obviously bringing something more substantial for Photoshop. Affinity is meanwhile working on their page layout solution which is in beta for the Mac now, and won’t come to iPad until after that. Notably absent is Apple – where are Xcode, Logic Pro and Final Cut for iPad? Seems like they should be leading the way with apps that show what their Pro platforms can do. I’d also love to see MarsEdit make it to iPad. I’m even debating developing my next Mac app for the iPad at the same time – but more on that later. 3. Users tell Apple what to do The other big step for the iPad in 2018 was iPad users, in a very unanimous and single voice, defining what Apple needs to do to make the iPad usable for pro work for them. Every review of the 2018 iPad Pro mentioned the same essential missing features. The ones that hold back this amazing hardware – USB file system access, a desktop class version of Safari, deeper system access (Terminal anyone?), development tools, a more capable Files.app experience, better inter-app communication, improved multitasking and more – all the way up to a proper, new padOS. If you believe the rumor mill, iOS 13 is going to be a dramatic upgrade for the iPad, but I’ll reserve my judgement until June. Personal Work and Wrap-up I’ve found myself that I can do some work on my iPad. Some website changes I can make in Coda. Affinity Designer and Photo have allowed me to really work on the go and in certain situations, even work more efficiently than on my Mac. For coding, podcasting, audio and video I’m still firmly on my Mac. Unlike some people, I have no desire to replace my Mac with an iPad. I love my MacBook Pro and I’m certainly not looking for a reason to get rid of it. Having the iPad become a more capable tool would be great though, because I really love it too. There are times when it just makes more sense to use each one. We’ve come such a long way since 2010 and while it’s sometimes frustrating when we run into the limits of what today’s software can do, it’s exciting to think about where things will go in the near future.

To Affinity and Beyond