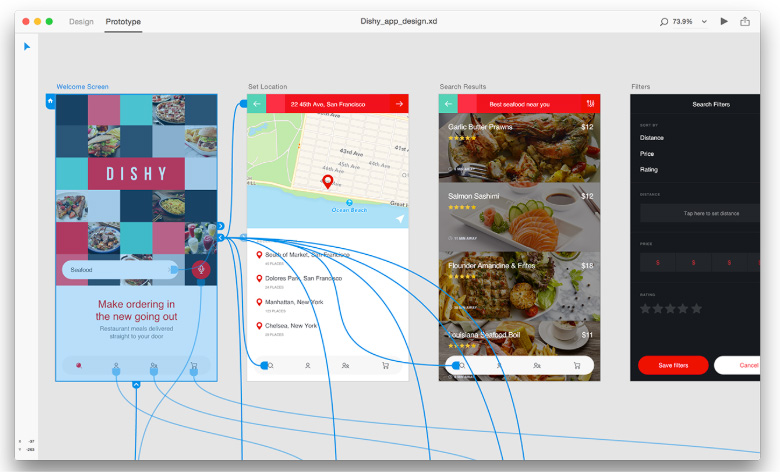 Matt Maurer
As promised, Adobe has unleashed a preview of Project Comet, henceforth known as Adobe Experience Design (XD) CC. For now, the preview is OS X only, but a Windows 10 release is scheduled for the end of 2016. It’s easy to like what you see – Photoshop, Illustrator and Indesign can all be used for mockups in a pinch, but a program that can focus solely on that one task has lots of appeal. Sketch has made lots of inroads here on the Mac and has won many designers hearts. However, if Adobe can deliver a competent UX design tool that is bundled with Creative Cloud that is a compelling offer. Sketch would be in the unenviable position once held by QuarkXPress, who found themselves matched by a program designers were getting gratis when they bought Photoshop and Illustrator. Quark REALLY drug their feet on adding new features and most importantly at the time – updating XPress to run natively on OS X. They were most certainly half responsible for their own demise. To Adobe’s credit they were also working on InDesign at a breakneck pace. The rest is history. For those who’ve downloaded XD – what do you think? Let me know in the comments.

To Affinity and Beyond

Full Story
The Master of Unlocking